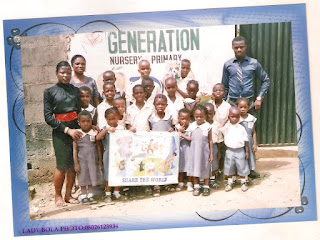 For many, especially Nigerians, the word animal safety does not ring a bell but sends cold shiver to anyone who senses that animal cruelty is wrong. Animals should be preserved especially domestic animals although most of them can be easily replaced it is imperative that children have relevant information about animal kingdom and how to care for them.

The humane global concept, is a not for profit organization established for the sole aim of enlightening  the African children between the ages 5 and 19 years on what animal security entails  has taken its campaign to over 200 primary and secondary schools to educate young people about the animal kingdom in Nigeria

Many children are currently aware that animals suffer a great deal in the factories, farms, laboratories as they are processed for nourishment, experiments, cleaning products and cosmetics since a significant percentage of humans depend on animals; researchers have discovered that these animals are kept under deplorable conditions, often dragging themselves through their own excreta, left to suffer horrible untreated wounds, hunger, ear infections among others. 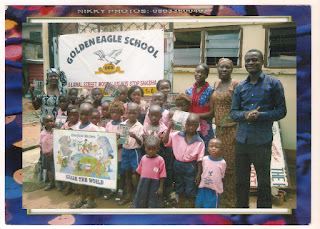 In collaboration with other International bodies, the Humane global concept has initiated campaigns through documentaries and publications from evidence based research that recommends several practices to put an end to animal brutality in Nigeria

As world animal ambassador for Nigeria who has also been featured in the Animal Times Magazine in United Kingdom I urge Nigerian to care for animals and the government at all levels should partner with the non-governmental organisation to fund this project.

Chiemeka Chiedozie, is a journalist and the Project Director, Human Global Concept, Nigeria and Africa

5 Cybersecurity Tools Every Journalist Must Have {SANJU BLOG}

Journalists are a treasure trove of data and essential information. At any chosen time, they will have several leads they are pursuing and d... 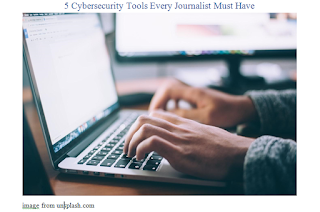